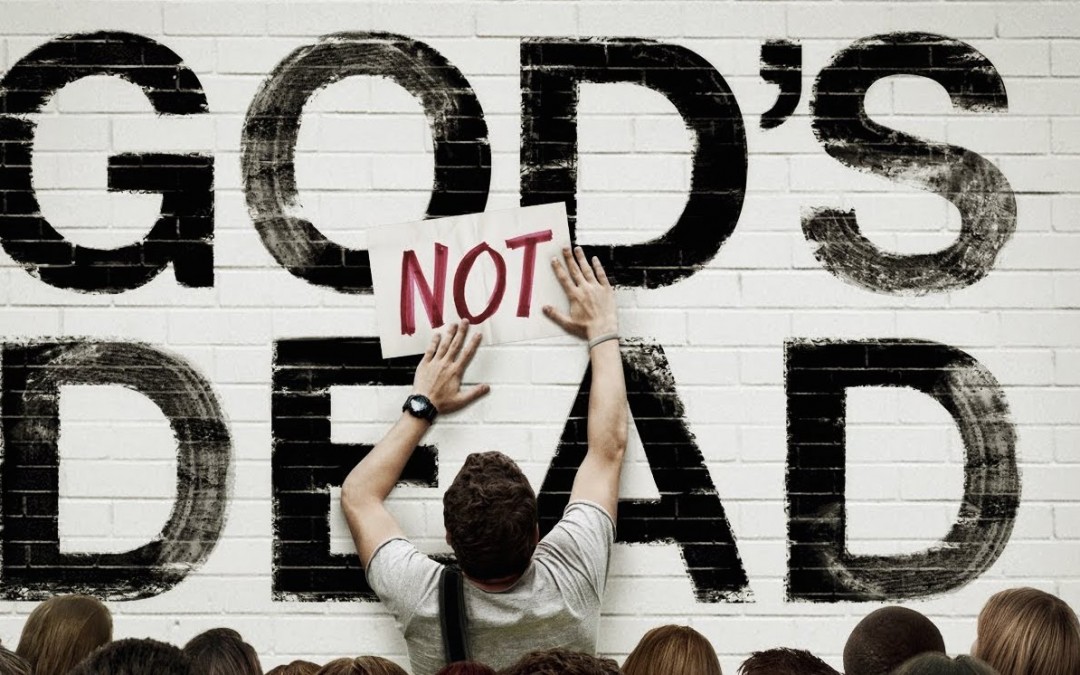 Recently I saw the film “God’s Not Dead,” and I have to say it was quite the film. There were many spot on principles to argue that Christianity is the one true religion. However, there was a scene in the film that completely caught me off guard emotionally.

If you have seen the film you probably may or may not remember the scene where the young girl is kicked out of her home by her traditional Muslim father. Unfortunately, this is not unheard of in many Islamic countries.

In many Middle Eastern countries that have governments heavily influenced by Islam, conversion to Christianity is very rarely heard of for several reasons. First, conversion could mean death. The Islamic law or Sharia Law, can spell disaster for new Christian converts. Secondly, conversion could mean disownment. Effectively conversion means no ties to family for support, very few job opportunities, no property except what you are lucky to have thrown out with you. While many Islamic scholars still dispute the action required for leaving the Islamic faith, there are still consequences, even if they are informal.

Anyone else feel incredibly lucky to know that we will not be kicked to the curb for our beliefs?

The young girl in the movie seemed to move on quickly, however, in the Middle East family is extremely important. Family supports you, feeds you, clothes you, and possibly connects you to jobs. Family is a tightly knit unit of culture and honor. Being disowned in the Middle East is a big disgrace to your family and in some places, the only way to restore that honor is to kill the disowned.

Like I said, anyone feel incredibly lucky to live in a place where we can live and practice our own religion without fear of any persecution?

In the Middle East I have seen homes that are specifically designed as a sort of a temporary housing until new believers are able to sustain themselves. It is a very real reality to many people. It was not but a few months ago that churches in Upper Egypt were destroyed by fire, and Bibles thrown into the street and burned. It was not that long ago that at the announcement of the election of Mohammad Morsi as President of Egypt, did I see my Egyptian Christian friends cry because they were unsure of persecution they would receive.

The persecution of the church is not an ancient matter faced by Paul and the early church. It is still a ruthless and blatant issue as anyone who has been on Facebook or watched the news has recently seen. The mass slayings of many Christians and non-Islamic religions by ISIS is a disturbing example of persecution that has crossed humanitarian lines and I personally believe it should be stopped abruptly and quickly.

I know I am incredibly thankful for the place I was born and the family I have been raised in. I know that the extent of my persecution will be minutely small in comparison to many others.

Romans 8:35-36 says, “Who shall separate us from the love of Christ? Shall trouble or hardship or persecution or famine or nakedness or danger or sword? As it is written: ‘For your sake we face death all day long; we are considered as sheep to be slaughtered.’”

I’m on the side of the Christians who face death and persecution all day long. I stand behind them because I know I will never have to face their battles, so I must encourage them, knowing full well that God is Not dead and is in control of this crazy and chaotic universe. I have assurance knowing that He has a divine plan and his ways are higher than my own.